The Andalusian City of Malaga hosted The Crown, Season 4. The jewel of Costa del Sol represented the Prince and Princess of Wales’ six-week tour of Australia in 1983, in episode 6, as well as Margaret Thatcher’s suite and balcony in episode 8.

Malaga is one of the finalists of the EUFCN Location Award 2021, the annual prize for European filming locations organized by the European Film Commissions Network (EUFCN). The location was submitted by the Andalucía Film Commission. 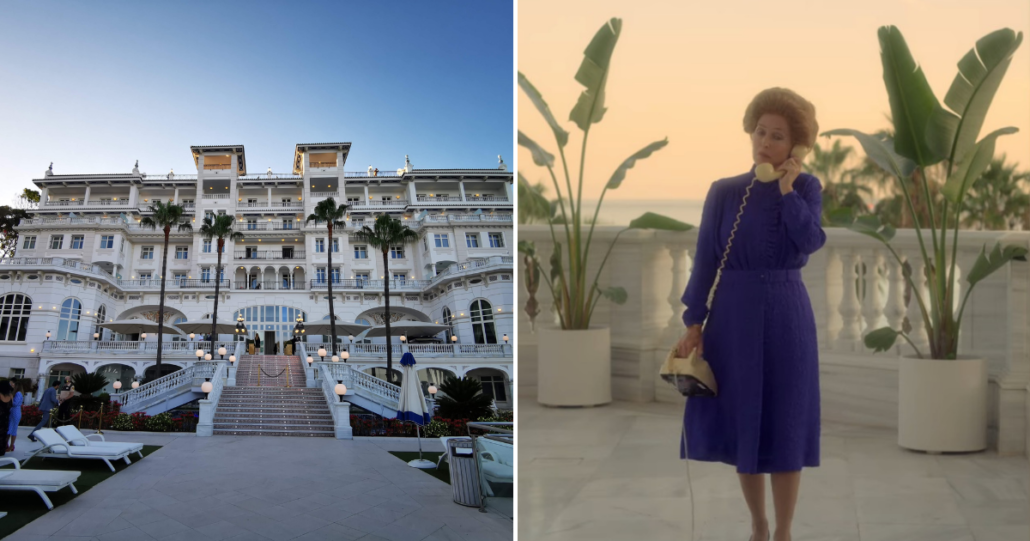 Malaga the Beautiful, as the city is known, stands at the centre of the basin of the same name, between the mountains and the coastal strip. It is the capital of the Costa del Sol and one of the major cities in Spain, with an impressive history and an even more interesting present. Its old town, with its bustling harbour, has been declared a Historic Artistic Site and Site of Cultural Interest.

Many of the diverse and unique locations in the city were used as locations for Season 4 of Netflix The Crown.

The locations recreated the different cities and villages that the Prince and Princess of Wales visit on their tour around Australia and New Zealand.

On their arrival in Adelaide, Charles and Diana wave and smile to the crowd as they pass through the Jardines de La Concepción, a historical garden with more than fifty thousand plants. The Cortijo de Torres open-air auditorium was the setting for Charles’ speech at the Sydney Opera House, which was added post-production.

The Military Residence of Castañón de Mena was used for several scenes of Charles and Diana’s visit to Australia. The pool area was used for a scene in which Diana poses with other swimmers and jokes with the press after a competition in Sydney. Other areas of the building were used to recreate the couple’s arrival at a party in Tasmania as well as a visit by Diana to a children’s hospital in Brisbane.

The facilities of the Monte Miramar Palace were transformed on screen as the Canberra residence of Prime Minister Hawke. Interiors of the Palace recreated the Prime Minister’s offices and the room from which Diana overhears Charles talking to Camilla on the phone.

Hotel Malaga Palacio and Calle Molina Lario accommodated the crowd scenes in Brisbane—the  main streets of the city were closed to accommodate filming. Thousands of people wave English flags and cheer from the Hotel, demonstrating support and affection for the couple.

In Episode 8 of Season 4 the Grand Miramar Hotel can be seen in several scenes: the exterior of the building and its terraces appear when Prime Minister Margaret Thatcher speaks with her husband from her hotel room telling him about the different points of view she and the Queen have about apartheid and the application of sanctions in South Africa; a room in the hotel was also used to film the scenes in which the Prime Minister repeatedly rewrites the different drafts of her critique of the Queen’s position.

Recreating an entire continent in one city was no easy feat—one that Málaga gracefully and effectively accomplished. 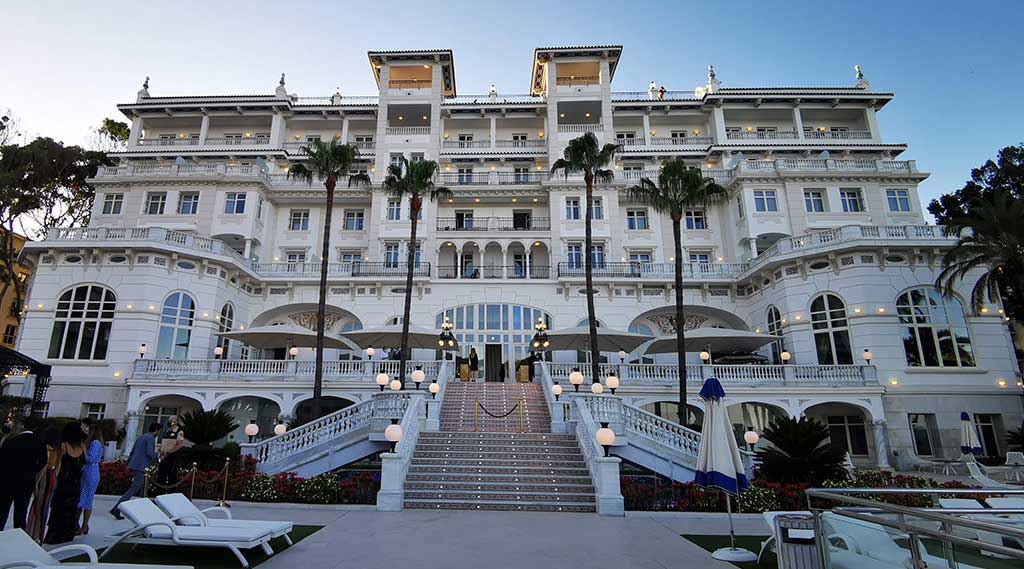 The general public has now the chance to vote for their favourite location among the 5 in the EUFCN Location Award shortlist:

A lucky name will be picked among the voters and will have the chance to visit the best European filming location of 2021.

The European Film Commissions Network is a non-profit association that supports and promotes the European film industry and culture. It currently represents 95 European film commissions and film institutions from 31 different countries.