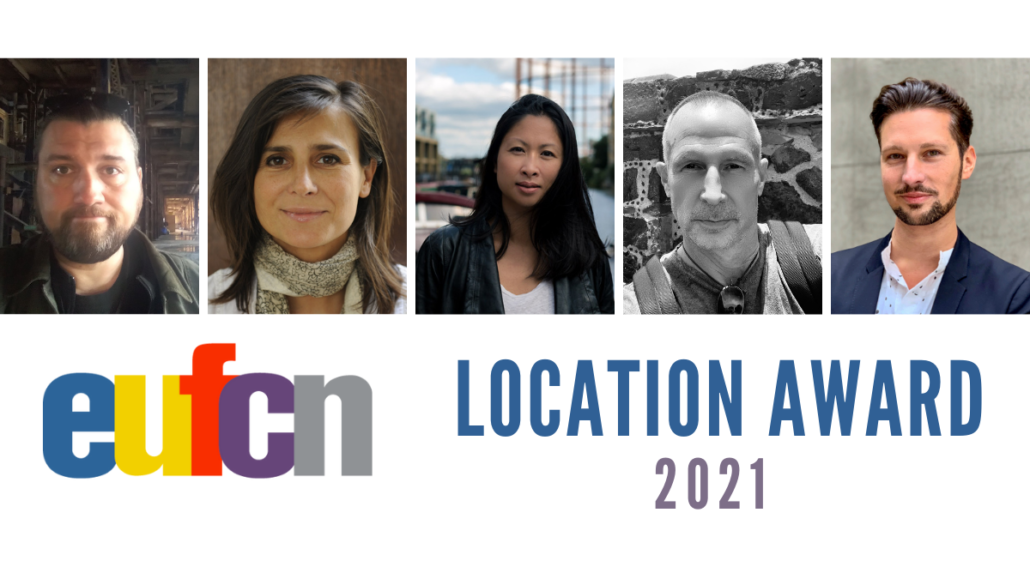 The European Film Commissions Network (EUFCN) is delighted to announce the Jury for the fifth edition of the EUFCN Location Award, the annual prize for European filming locations.

The five distinguished professionals in the industry are in the process of selecting the five locations that will compete for best European filming location of 2021.

Clara Le (Commercial Director at The Location Guide/FOCUS), Alexandra Lebret (Managing Director of the European Producers Club), Eric Mika (President and Publisher at The Film Verdict), John Rakich (Location Scout, President of the LMGI – Location Managers Guild International), and  Dennis Ruh (Director of the European Film Market) have the task of evaluating all submissions from EUFCN member film commissions, focusing on the significant role of the location in the story and its innovative use inside the audiovisual product. The five finalists will be revealed on Nov. 22, 2021.

“When we launched the EUFCN Location Award for the first time we couldn’t imagine such a great success.” says Angelica Cantisani, EUFCN Network Manager. “The Award is gaining visibility and awareness year by year. Even if the past year was a bit challenging for film and TV production, this fifth edition is very important to us: the online voting will happen for the first time directly on our website. The Location Award is a tribute to all European film industry and culture and to the many wonderful filming locations we have in Europe.”

The EUFCN Location Award was established in 2017. Every year EUFCN members have the opportunity to nominate one location from a film or a TV series shot in their country and released with international distribution that particular year. To be nominated for this year’s edition, the production associated with that particular location must have premiered in cinemas, festivals, TV, online or on digital platforms between September 21st 2020 and September 11th 2021. After the selection of the shortlist, starting from November 22nd, the general public will have the chance to vote for their favourite location on the EUFCN website. One lucky winner will be picked among the voters and will win a trip to the Best European Filming Location of 2021.

Past winners of the EUFCN Location Award are the City of Gorlitz (Germany), for playing the title role in Wes Anderson’s The Grand Budapest Hotel, the Island of Corfu (Greece), in recognition of the key role it played in the UK TV series The Durrells, 2020 winner El Hierro, Canary Islands (Spain), intriguing setting of Spanish thriller TV series Hierro, and last year’s winner Pažaislis Church and Monastery Complex (Lithuania), which helped to recreate the splendid and tumultuous reign of Empress Catherine II of Russia in the HBO and Sky Atlantic miniseries Catherine the Great.

The European Film Commissions Network is a non-profit association that supports and promotes the European film industry and culture. It currently represents 95 European film commissions and film institutions from 31 different countries.

Training Day: How does a film office establishes itself in the marketplace?
Scroll to top